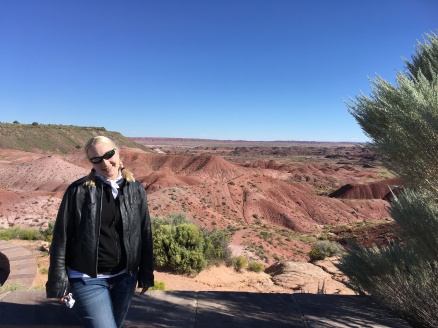 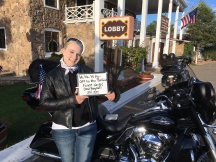 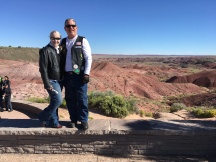 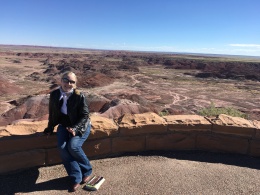 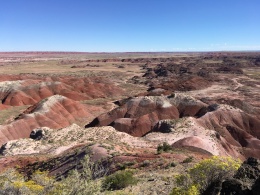 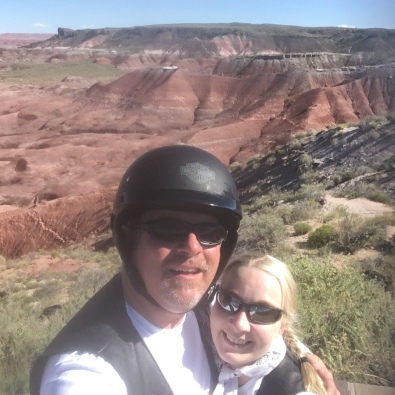 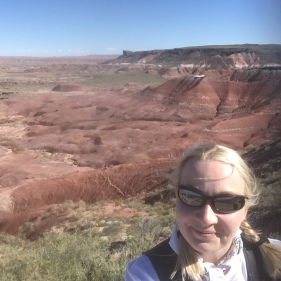 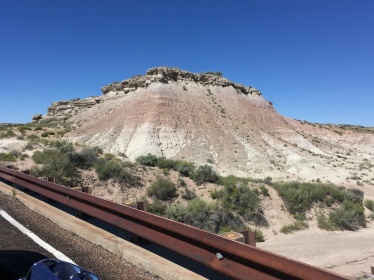 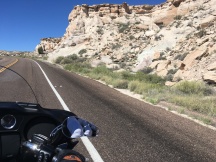 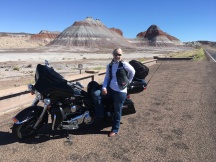 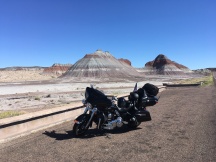 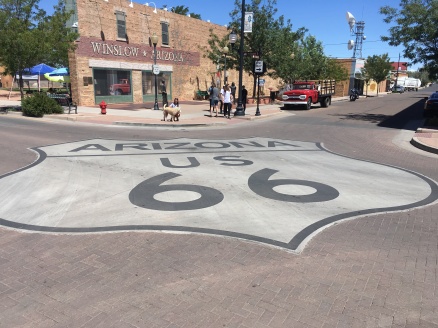 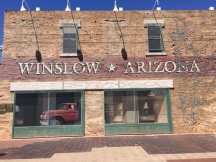 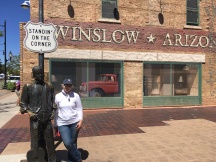 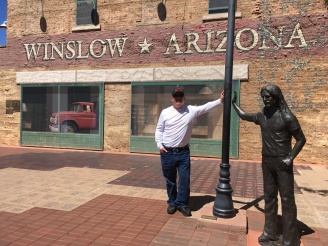 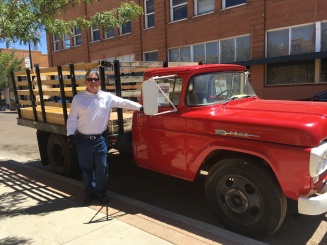 ( I will preface the next two blog posts as stating that this will be the reality of the trip-but know we made it safely).

This became the first of 3 of the most difficult days of my life and not for the obvious reasons. We set out from Gallup New Mexico with the intention of trying to make it to Kingman Arizona. Terry continued to battle his hand pain and the effects of the heat started to place a toll, along with 360 miles. A must see stop for us was the Painted Desert and Petrified Forest-words and photos can’t begin to express the beauty. However, Terry’s famous line as we are cruising along so close to the edge “Who would even build a road out here?” Winslow Arizona was next on the list of sites, courtesy of the Eagles song “Take It Easy”. Onward bound we rolled through Flagstaff…and that’s when the challenges started. Dropping 2,000 feet in less than 5 miles with a 6% decline in a construction zone was the first time on the trip that I seriously realized that my life was solely in my husband’s hands. He handled the road like a boss but little did we know that it was going to get worse…much worse before the trip was over.

Kingman Arizona welcomes us late in the afternoon with scorching 94+ degree heat and concerns of what the following day would bring. We had developed a system to our nomadic life-packing up daily and leaving out early to beat the heat, weather or just put miles behind us. However, nothing could prepare us for what was coming….. and how close to my mental breaking point I would get in the coming two days.

One thought on ““Take It Easy”…. until there happens to be a decline….”

If you are inspired, think we are crazy or merely just watching for the cool pictures of America from a motorcycle, please honor us by donating to United Ostomy Association of America. This amazing non-profit supports individuals living with an ostomy or continent diversion through support, education and advocacy. We have made it easy to donate. Please click on the link to the donation page and as soon as you donate, you will immediately receive your tax deduction receipt. Thanks and stay tuned! https://www.crowdrise.com/motowntosocalmotorcyclerun/fundraiser/mollymcpeek

Countdown to the Roar of the Throttle